Cartoon - At the Cafe

I was at the cafe. There were many of them, and they all looked alike. They all had Mohawks. They all had dog collars. They all had a ring through a nose, lip or ear. They looked at me, I looked at them. I think appeared to them as a crusty old sea captain/ homeless guy. But I didn't smell bad. When I started reading and writing and sketching, they were curious as cats. CM Evans Cartoons
Posted by CM at 10:36 AM No comments: 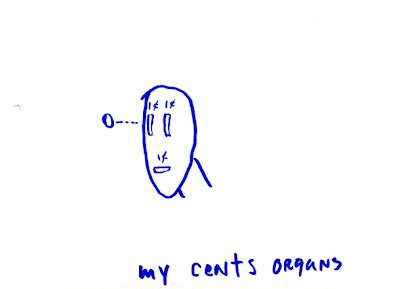 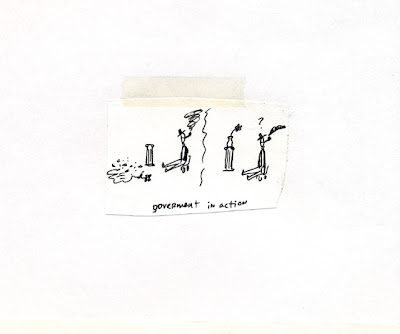 Ah, Government in action. How little this dynamic changes. Here is a little snippet of a cartoon done back in about 1988 or so -- more apt for today than ever, regrettably so. Back in the late 80s, while studying at SFSU, I worked for "The Gate", a student newspaper financed by the Associated Students of San Francisco State University. We were the alternative to the monolithic "official" student newspaper from the Journalism Department called something like "The Gator", or whatever it was -- I honestly can't remember. "The Gate" was this bold revolt from the established student newspaper, a revolt that was largely successful, and at the same time largely ignored by most of the 28,000 commuter students at the school who could care less. What I mean is, I think they ignored both papers. So I was "on staff" (which means I worked absolutely for free) as the cartoonist/ illustrator for almost 2 and a half years and I must say, it was a blast. At the time, J.P. Frary, the co-editor, said the work I did there could easily be my resume into the newspaper business, but I didn't believe him, because I was having so much fun. CM Evans Cartoons
Posted by CM at 12:01 PM No comments: 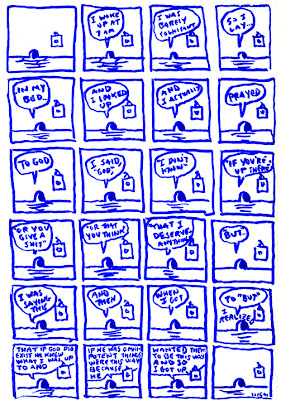 From about 1988. San Francisco, Mission District, when I lived at 20th and Valencia with Cameron, John, Gona, and a few other room mates who came and went. CM Evans Cartoons
Posted by CM at 9:01 PM No comments: 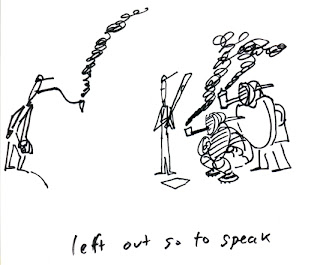 Story of my life. I hate being left out. But I still get left out when people (Erik C.) are deciding to play "pipe smoking baseball" and not bothering to tell me. Happens every time. My fate is to be surrounded by people who are cooler than me, who do cool things I want to do, but I'm still too low in the food chain. Sheesh. CM Evans Cartoons
Posted by CM at 12:25 PM No comments:

Cartoon - BM - A Look Back in Anger 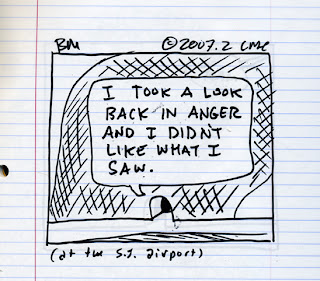 We've been watching "Waiting for Guffman" every day now, at least 3 or 4 times end-to-end. I don't know why, exactly. It is beginning to drive me nuts. When the movie isn't playing, someone is singing random snatches of one of the songs from the movie here and there around the house. Again, I don't understand why this is our new mania. We don't tend to go though obsessive compulsive pattens, as a family, but this is definitely an obsessive compulsive disorder of some kind. There, look at that, I forgot to take out the garbage. I missed garbage day two weeks ago, too. Damn you, Guffman. CM Evans Cartoons
Posted by CM at 9:51 AM No comments:

Cartoon - BM - WHO IS YOUR DADDY 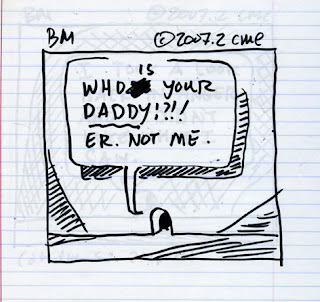 More sketches from the airport. I like this one because the scanner was picking up another BM on the next page. Who is your Daddy? Er. Not me. Sometimes it is like that. CM Evans Cartoons
Posted by CM at 11:09 AM No comments: 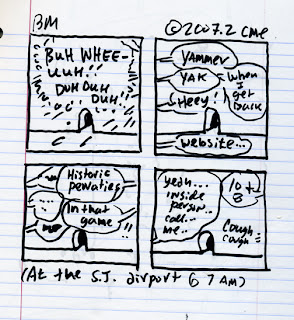 God I love airports. I love airports early in the morning, particularly if I have to get up before 5 AM so I can make it to a 7.45 AM flight, even though I stayed at a hotel less than a mile from the airport, because I have to go through security, and the airport says to give yourself at least 2 hours for security...but then it only takes 10 minutes to go through security, so you can sit and have a TV blast sports shit into one ear for over an two hours, while also listening to inane social-climbing business people on the other side trade business deal war stories, because the flight was delayed, with no coffee because all the shops are closed until 9 AM. Hey, when I write it all down like this, and I read it, it sounds like I am a lucky man! CM Evans Cartoons
Posted by CM at 1:28 PM No comments:

Cartoon - How Do I Look 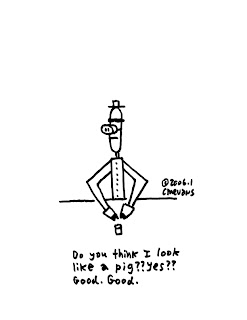 How do I look? Starting in college, because I was broke and clothes were not utilitarian enough for my activities, generally I wore the same thing every day for about 8 years -- an army mechanic's jumpsuit that was about 4 sizes too big. When buttons would fall off, I'd reattach them using paper clips, because paper clips were much more durable than thread. I'd stuff all of the pockets with books and pads of paper and pens so I looked like a hamster, and ride my bike up and down the hills of San Francisco having a fine time, sketching and writing stories and poems all the time. Whoo hoo! CM Evans Cartoons
Posted by CM at 3:03 PM No comments: 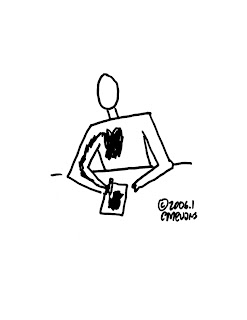 Happy May Day! Typical of San Diego, May Day paradoxically is gray and overcast, with some sprinkles. Next we head into the "June Gloom" -- more overcast and even drizzly weather. Some people find this time of the year depressing. But out of June will be months and months of perfect blue skies with a hot summer sun. CM Evans Cartoons
Posted by CM at 10:58 AM No comments: