Cartoon - Looking at Some Big Long Ones 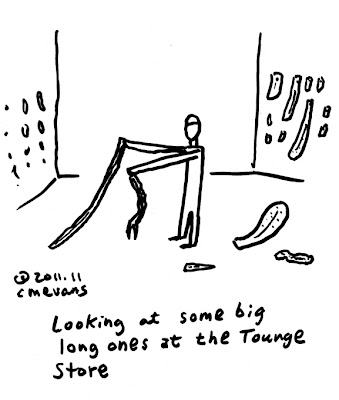 I was thinking about Lorenzo de' Medici today, I do this occasionally -- it is a natural segue to go to, when considering the intricacies and meditations of American Baseball ...like how far the bases are set apart -- 90 feet exactly. Or, how this is a game where the players can commit 'errors'. Many serious historians of the Renaissance note that Lorenzo was an avid played of Baac'ba, an early precursor of games like Cricket and Soccer (note: Football, for the continental types reading this US post). Baac'ba being a modified 'chase and toss' game imported by Arab traders from the Indus Valley. Philip III of Spain also comes in here -- he was fond of a game called "Baacebal", attributed by the renown baseball historian Walt Swisserson as being one of the precursors of the American game, so I think we are getting at the same thing. Now where was I going with this? I think I am done.
Posted by CM at 1:31 PM No comments: 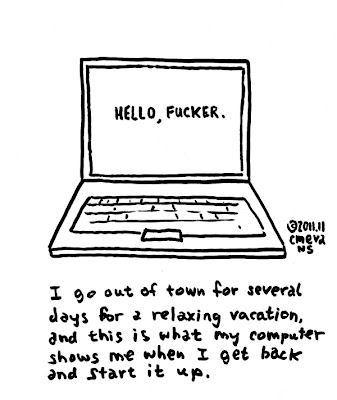 Took a 4-day trip to NYC, and I just got back. Weather was gorgeous, not too cold at all. Covered Wall Street/ Lower Manhattan, Lower East Side, East Side, Gramercy Park, Midtown, Tribeca, Chinatown, and even got up to Morningside Heights to see Grant's Tomb. Too much to list, all the people and things I saw. I'll be back to the city again, hopefully in August. CM Evans Cartoons
Posted by CM at 11:23 AM No comments: